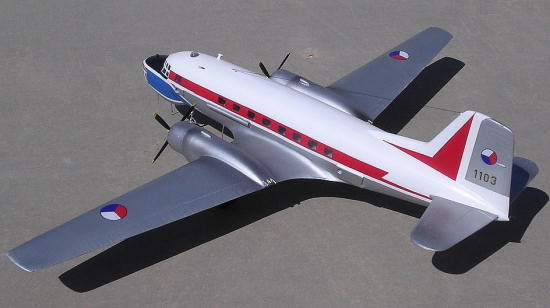 Passenger capacity being increased to 24-28. The Il-14 has been built under license in , and .

One of the operators of the Il-14 was TABSO-Bulgarian Air Transport which took delivery of 8 Il-14s in 1956 for international routes from . Circa 1969 the company changed its identity to Balkan and adopted a new colour image. The Bulgarian Air Force operated nine Il-14 as a mixture of VIP, cargo and general troop transporters. The Il-14G, cargo version worked its life into 1979 and h

ad a large cargo door. One Il-14S serial No 82 was dispatched at Bozuristte and displayed in the town after retirement. Most Il-14 passenger airliners had their main boarding door on the port side while all versions had the door on starboard side.

CSA Czech airlines operated all the Czech built Avia-14 fleet of 34 airliners between 1957-77 and were used on continental routes until the arrival of the Il-18 and the Tu-104, following that it became the backbone in domestic routes. At least 57 Avia 14s were operated by the Czechoslovakian Air Force from late 1957 to late 1970s. Most of the large fleet was finished in bare metal with registration and an Air Force roundel. A small number was classified as VIP version; some had wing tip tanks which very few military examples had. The Avia 14FG, some of which are know to have operated in the Czech AF were equipped with a modified droop nose and used for aerial mapping, photography and possibly calibration duties. Examples of these have been seen at Kbeli, parked in the open air and in need of restoration of this classic aircraft. 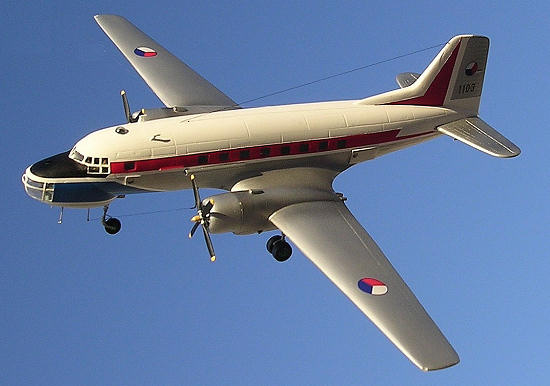 The scale model of the Avia 14FG is issued by Miku Model to a scale of 1/72. Miku Models of Kutna Hora in the produces a range of short run models that operated in the Iron Curtain. The vacform kit No 72035 comes in white vacform plastic and cream resin parts. There is an 8 page A4 size instruction sheet which is in Czech language. There is indication that under different packing in Kit No 72034 comes in another version, the Avia 14 and 14T. It appears that Kit 72035 caters for these versions too. So one can make an Avia 14T, Avia 14, Avia 14P and or Avia 14FG. The 9 vacform parts comprise of a cockpit floor, bulkheads, fuselage halves, main plane parts and a separate nose. The parts made in resin are the wing tip tanks,, fin and rudder, tail planes, 4-blade props, radial engine detail, engine cowlings, undercarriage legs and several shapes of antennae to go with the FG version making a total of 86 parts in resin. The canopy, nose Perspex and astrodomes are in clear vacform acetate. For anyone interested in other markings or versions of the IL-14 there is detail information on the instructions for this also.

The vacform parts were scored with a sharp modeling knife and separated from the backing sheet by snapping off each part. These were then sanded down on medium followed by fine sanding paper adequately stuck to a flat backing surface. The FG 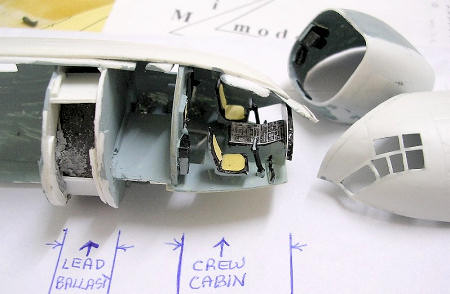 version that I choose to build required surgery to the nose so that a droop nose version is fitted instead. I first made a scrap side nose drawing to help me align the new nose correctly when it comes to fix it to the rest of the fuselage at a later stage. Rectangular windows were cut to the fuselage sides following the kit light impressions in the plastic using a sharp pointed blade. Bulkheads were prepared and glued to the interior, crew office assembled, adding seats, coaming of instrument panels, paint detail and added also fine instruments decal issued with the kit for the central console and front instrument panel. I added interior detail to crew office and nose compartment as best I could with adequate reference to pictures downloaded from internet. Crew figures to same scale were also added. One must indicate here that the vacform kit outline was somewhat crudely produced but with careful cutting particularly at the wing root area, the desired proper shape is attained.

Rectangular narrow tabs were cut from backing plastic and fitted at intermittent locations along the edge of the prepared fuselage halves so that these will give a good strong joint and also provide self alignment of parts. Before closing nose weight was added and encased in a compartment at forward are 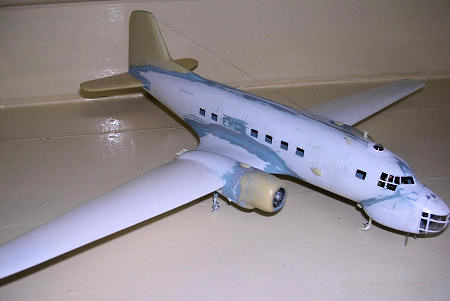 a. The fuselage was allowed to set for 8 hours and the main planes, 5 parts were by now in one piece. These were joined to the lower fuselage to form a complete one piece. Filler was added at joining parts and sanded to produce a smooth continuous streamline wing root. The rest of assembly practically consisted of adding the resin items one by one to produce a detailed model. The resin parts were of good quality, no finning, or presence of air bubbles. Special care was made when aligning and fixing the undercarriage legs, and the propellers.

Some extra work carried out during construction included adding of aerial antennae made from metal pins; adding wing tip lights cut from solid Perspex; shortened the main undercarriage struts; drilled the front and rear end of the tube sensor attached to port fuselage, drilled six exhaust outlets fitted to rear of engines; added tiny aerials to forward of cockpit; added detail to oleo; rails to doors; tiny intakes to side of engines. The resin parts proved to be soft and contained fine engraved detail.

The decals that come with the kit cater for an Avia 14FG. The tail fin serial numbers and Czech AF roundels were found to be oversize and therefore replaced with a more accurate set coming from decal spares box. This is pity as the decals were of good quality judging from those that provide the instruments. Some carried a lion motif to the nose and I added it at a later stage. The kit was airbrushed in white upper and the rest being silver. Careful masking was needed when adding the bright red trim which was also airbrushed while some complex masking was made for the bright blue nose and under fuselage trimming.

I am not sure if the kit is still readily available but it is certainly recommended if one wants to build a version of the Ilyushin Il-14 and besides the quasi civilian liveries one can also go for a desert camouflage type flown by the Egyptian AF or a dark brown and dark earth East German livery. Kit is recommended with those with vacform and resin experience.

Back to the Review Index Page 2015