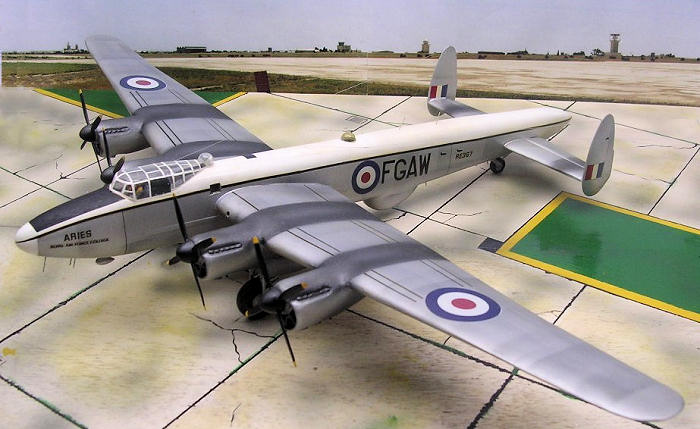 The Avro Lincolnian was a descendant of the Avro Lincoln bomber. The came too late to enter service in WWII and was itself derived from the famous Avro Lancaster bomber. Still the had a long and distinguished career during post war years seeing active service on a number of occasions and serving into the 1960s. It was effective, reliable and popular with its crew and quickly gained an enviable reputation. bombers often staged through using the airfield at Luqa as a staging post during its outward journey to the . Often spotted in formation of three bombers and using runway 024 making a fantastic experience watching them coming in to land one by one.

The first Lincolnian built was RE367 named Aries II and was delivered to the at Shaubury on . It was specially fitted with extra fuel tanks and rest banks and seats installed in the sound proof fuselage. Enhanced navigational equipment included G3 compass, AP1 MkII and GPI Mk II. The aircraft also gained passenger accommodation with oxygen and intercom to all seats and crew positions. Externally it had extra windows and streamlined nose and tail fairing in place of gun turrets. Fuel load included 4,615 imp gallons by addition of new tanks in the nose. It was eventually written off in a hangar fire and replaced by similarly modified Aries III RE369. This was transferred to the new at Manby.

Three radically modified Lincolnian freighters were ordered by . These were converted to Type 595 standard from ex-RAF . These carried a huge ventral freight pannier to carry meat, and this faired into a new deeper nose fairing. These were completed and fully painted in Paraguayan civil colours but the deal fell through at the last minute and the aircraft were scrapped. Another ex-RAF b Mk II RE290 was converted by Airflight Ltd and was used by Surrey Flying Services Ltd on the Berlin Airlift. The aircraft made 45 flights carrying fuel oil to the beleaguered city before the Russians blockade was lifted. The aircraft was then retired and scrapped.

Back to the Aries II, this replaced its predecessor Aries I that was a converted . In its short career the aircraft conducted advanced navigation training and made numerous long range flights, each recorded below the cockpit on the starboard side. This included a host of other countries including , , , , , and . The aircraft depicted in picture of Aries II at Luqa, Malta, only one month before it was extensively damaged in a hangar fire. 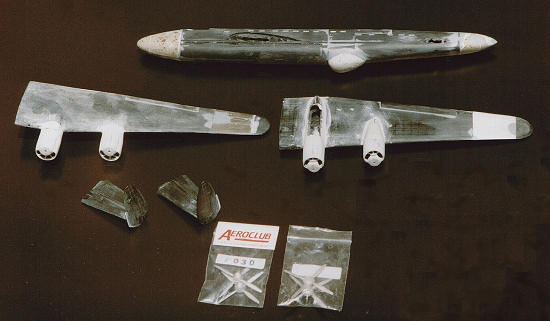 The following listed points describe the steps taken to produce the Lincolnian from a basic Airfix Lancaster model and vacform engine parts that came from surplus parts from the Rareplanes C-54 scale model which was reviewed earlier.

1.      Four in number metal 4-bladed propellers were purchased from Aeroclub.

2.      Mid fuselage turret was removed, the area blanked with putty and plastic card cut to conform shape. Astrodome moulded from clear acetate and added to the new small opening at same place.

5.      Extended the trim tabs attached to the rudders.

6.      Built up and shaped under fuselage radome using plastic card and Milliput filler.

11.   Extended the fuselage using inserts from another fuselage. This was a surplus fuselage when I built an Avro York RAF transport aircraft.

12.   Enlarged the outside diameter of the main wheels.

13.   Added air intake to starboard fuselage side from a small spare half bomb part.

14.  Blanked all the rectangular fuselage windows on the fuselage. 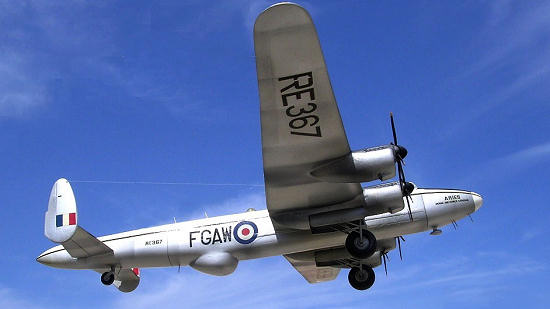 I used local brand of Hemple silver paint for most of fuselage and wing panels adding variations at different places using a mix of Micro matt varnish with a little engine grey all mixed to a good proportion of silver. The upper decking was semi matt white, a mix of 50:50 Humbrol matt and gloss white. All the decals came from the Modeldecal range of roundels and lettering.

This was not a difficult conversion as it may sound but certainly a thoughtful suggestion of what to do with a kit that was built long ago and is out of place and requires to be renovated into something for a better build.

Scale Plans from SAM Vol 12 no4 which also provided a side view of the RE367 as used by the .

Back to the Review Index Page 2016